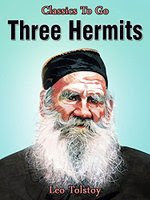 'And in praying use not vain repetitions, as the Gentiles do: for they think that they shall be heard for their much speaking. Be not therefore like unto them: for your Father knoweth what things ye have need of, before ye ask Him.' -- Matt. vi. 7, 8.
A Bishop was sailing from Archangel to the Solovétsk Monastery; and on the same vessel were a number of pilgrims on their way to visit the shrines at that place. The voyage was a smooth one. The wind favourable, and the weather fair. The pilgrims lay on deck, eating, or sat in groups talking to one another. The Bishop, too, came on deck, and as he was pacing up and down, he noticed a group of men standing near the prow and listening to a fisherman who was pointing to the sea and telling them something.


The Bishop stopped, and looked in the direction in which the man was pointing. He could see nothing however, but the sea glistening in the sunshine. He drew nearer to listen, but when the man saw him, he took off his cap and was silent. The rest of the people also took off their caps, and bowed. 'Do not let me disturb you, friends,' said the Bishop. 'I came to hear what this good man was saying.' 'The fisherman was telling us about the hermits,' replied one, a tradesman, rather bolder than the rest. 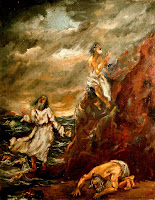 "What about the hermits?" asked the Bishop, camp up to the rail and sat down on a box. "Why, that little island you can just make out," said the peasant and pointed forward to starboard. "On that very island the hermits live, and seek salvation." The Bishop looked and looked, the water rippled in the sun, and, he could see nothing. "I cannot see it," he said. "So what kind of hermits live on that island?" "Godly men," answered the peasant. "I had heard of them long ago, and then the summer before last I saw them myself."

"And what do they look like?" asked the Bishop. 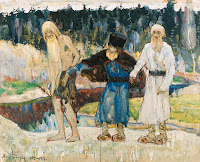 "One of them tiny, bent, quite ancient, in an old little cassock, must be more than a hundred years old, the gray hairs in his beard turning green already; but he keeps smiling and is bright as an angel from Heaven. Another, a little taller, also old, in a torn coat, his beard broad, yellowish white, but he is a powerful man—also joyous. And the third is tall, his beard long, down to his knees—and white as a blue kite, and all naked, only girded with a piece of sacking."

"What did they talk about with you?" asked the Bishop. "They did everything mostly silently, and they don't talk much to one another. But one looks up and the other understands him. The ancient one just said 'Have mercy on us' and smiled."
While the peasant spoke the vessel drew still nearer to the island. "Now you can really see it," said the merchant. "Be so good as to look, your lordship," he said. The Bishop looked. And indeed he saw a black streak--the little island.

After looking for a while the Bishop went away from the bow to the stern and approached the helmsman. "What is this little island here?" "It's nameless. There are many of them here." "Is it true what they say, that some hermits seek salvation there?" "So they say, your lordship, but I don't know if it's true. Some fishermen, they say, have seen them. It may be just idle talk."

The Captain tried to talk him out of it. "It could be done, but we would waste a lot of time, and if I may mention it to your lordship, they are not worth looking at. I have heard from people that these are foolish old men who live there, they understand nothing and can say nothing, like some kind of fish in the sea." "I want to," said the Bishop. "I'll pay for the trouble, take me there."

"There was nothing to be done; the shipmen gave orders, and sails were trimmed. The helmsman turned the ship, and they sailed toward the island. And all the people gathered at the bow, all looking at the little rocks on the island and pointing out the earth hut. And the Captain brought out a spyglass, looked through it, handed it to the Bishop. "True enough," he said, "there on the shore, there are three men standing."

The Bishop looked through the glass, trained it in the right direction; true enough, there were three of them standing there: One tall, another a little shorter, and the third quite small; they were standing on the shore, holding hands. The Captain went up to the Bishop. "Here, your lordship, the ship must stop. If you so wish, you can go on in a boat, while we stand here at anchor."

A boat was lowered, the oarsmen jumped down. The Bishop descended, sat down on the seat in the boat, the oarsmen pulled at the oars and rowed to the island. They rowed up within a stones throw; they saw; there stood the three hermits--the tall one, naked girded with a piece of sacking; the shorter one in a torn coat; and the ancient little bent one, in a little old cassock. They stood, all three of them, holding each other by the hand.

The Bishop got out. The old men bowed to him, and he gave them his benediction, at which they bowed still lower. Then the Bishop began to speak to them. "I have heard," he said, "that you, godly men, live here saving your own souls, and praying to our Lord Christ for your fellow men. I, an unworthy servant of Christ, am called, by God's mercy, to keep and teach His flock. I wished to see you, servants of God, and to do what I can to teach you, also."

The old men looked at each other smiling, but remained silent. "Tell me, what you are doing to save your souls, and how you serve God on this island," said the Bishop. The second hermit sighed, and looked at the oldest, the very ancient one. The latter smiled, and said: "We do not know how to serve God. We only serve and support ourselves, servant of God."

"You must have heard about the Holy Trinity, but you pray in the wrong way. I have come to love you, godly hermits, I can see that you want to please God, but do not know how to serve Him. That's not the way to pray, but listen to me, and I'll teach you. I'll teach you not in some way of my own, but I'll teach you according to the Lord's Scripture, the way God commanded all men to pray to Him."

And the Bishop began to expound to the hermits how God have revealed Himself to all men; he explained to them about God the Father, God the Son and God the Holy Ghost, and said: "God the Son came down on earth to save men and taught them all to pray thus. Listen and repeat after me."

And the Bishop began to recite: "Our Father." And the one hermit repeated: Our Father," the second repeated, too: "Our Father," and the third, too, repeated: "Our Father"--"Which art in Heaven." The hermits, too, repeated: "Which art in Heaven," but the second hermit mixed up the words and said them wrong; and the tall naked hermit could not pronounce them: his mouth was overgrown with whiskers, he could not pronounce clearly; and the ancient toothless hermit mumbled indistinctly. 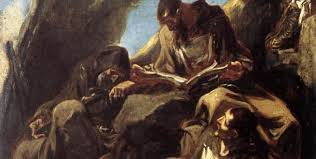 And the Bishop did not leave the hermits until he had taught them the whole of the Lord's Prayer so that they could recite it after him, but could say it by themselves. The middle one was the first to know it, and to repeat the whole of it alone. And the Bishop made him say it again and again, and at last the others could say it too.

It had already begun to grow dark and the young moon was rising out of the sea when the Bishop rose to return to the ship. The Bishop took leave of the hermits, they all bowed to the ground before him. He raised them and embraced each one, bade them pray as he had taught them and got into the boat and went back to his ship.

And as he sat in the boat and was rowed to the ship he could hear the three voices of the hermits loudly repeating the Lord's prayer. As soon as the Bishop had reached the vessel and got on board, the anchor was weighed and the sails unfurled. The wind filled them, and the ship sailed away, and the Bishop took a seat in the stern and watched the island they had left.
The pilgrims lay down to sleep, and all was quiet on deck. The Bishop did not wish to sleep, but sat alone on the stern, gazing at the sea where the island was no longer visible, and thought about the good hermits. He thought how pleased they had been to learn the Lord's Prayer. And he thanked God for having sent him to teach and help such godly men.

Suddenly he saw something white and shining, on the bright path which the moon cast across the sea. Was it a seagull, or the little gleaming sail of some small boat? It was far, far away a minute ago, but now it is much nearer. He could now see plainly what it was -- the three hermits running upon the water, all gleaming white, their grey beards shining, and approaching the ship as quickly as though it were not moving.

'Oh Lord! The hermits are running after us on the water as though it were dry land!' The hermits were coming along hand in hand, and the two outer ones beckoning the ship to stop. All three were gliding along upon the water without moving their feet. Before the ship could be stopped, the hermits had reached it, and raising their heads, all three as with one voice, began to say:
'We have forgotten your teaching, servant of God. As long as we kept repeating it we remembered, but when we stopped saying it for a time, a word dropped out, and now it has all gone to pieces. We can remember nothing of it. Teach us again.'
The Bishop crossed himself, and leaning over the ship's side, said:
'Your own prayer will reach the Lord, men of God. It is not for me to teach you. Pray for us sinners. And the Bishop bowed low before the old men; and they turned and went back across the sea. And a light shone until daybreak on the spot where they were lost to sight.

For the Full Text of he Three Hermits by Leo Tolstoy: [Click Here] 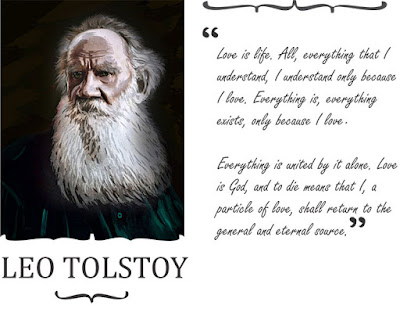