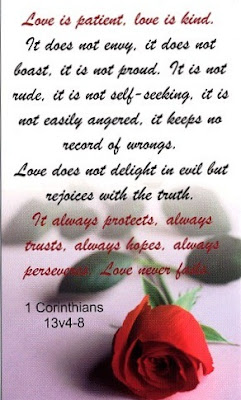 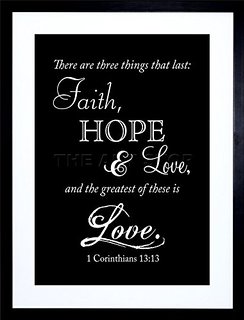 The Greatest Thing in the World by Henry Drummond: [Click Here] 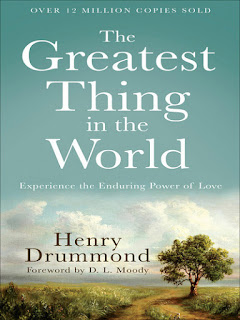 Email ThisBlogThis!Share to TwitterShare to FacebookShare to Pinterest
Labels: Spiritual/Scriptures

BIBLE OLD TESTAMENT: DAVID - PSALM 23 THE LORD IS MY SHEPHERD 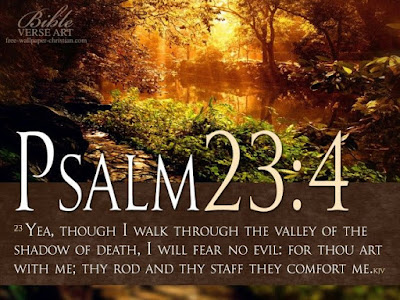 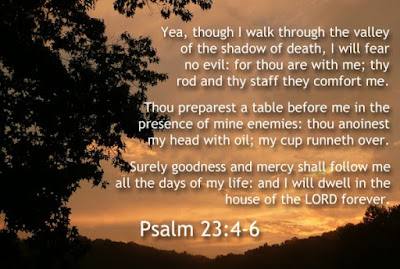 Posted by Raghunathan Srinivasan at 04:00 4 comments:

"Gandhiji had very early in life lost faith in modern medicine. He was convinced that for good health all that was necessary was to live according to the laws of Nature in regard to diet, fresh air, exercise, clean surroundings and a pure heart.

Instead of this, man was tempted by modern medical knowledge to indulge himself to his heart's content, break every law of health and morality and then seek a cure through commercialized drugs. In revolt from this Gandhiji sought to discover for himself a sane way of overcoming disease without the use of medicines.

Besides, medicine tends to treat disease as merely a matter concerning the body. But Gandhiji viewing man as a whole finds that disease of the body is chiefly due to mental or spiritual causes and can be permanently cured only when man's entire attitude to life is changed.

The cure of bodily disease must therefore, according to him, be sought primarily in the realm of the spirit, in self-discipline and self-mastery through brahmacharya, in a thoughtful observance of the laws of Nature in regard to health, and in bringing about a physical and social environment conducive to the development of a sound body and a sound mind.

Gandhiji's conception of Nature Cure is therefore much wider than what is generally understood by that term. It is not merely a cure of disease after it has occurred but an attempt to prevent disease altogether by living according to the laws of Nature which, according to him, are the same as the laws of God.

Accordingly it involves not only the use of earth, water, air, sunlight, fasts and such like to cure disease, but even more a transformation of one's entire life —physical, mental, moral and social — through Ramanama or faith in God, alias His Law.

Rama-nama is not, therefore, for him mere magic which when uttered through the lips will work wonders of itself. It signifies, as already said, a complete change in the heart and mode of life of the individual, whereby the individual comes to be in tune with the infinite and so obtains never-failing disease- conquering life and strength from the Source of all life." 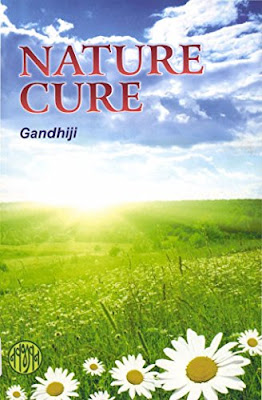 For the  Full Text of "RAMANAMA" by Mahatma Gandhi [Click Here] 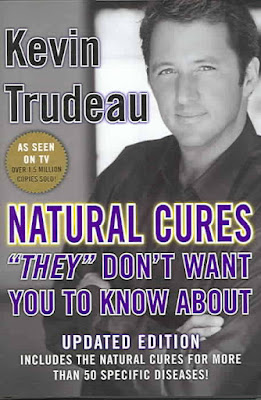 MAHATMA GANDHI : A GUIDE TO HEALTH 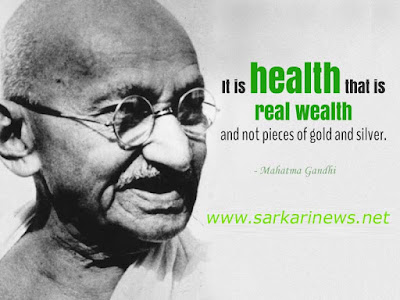 Mahatma Gandhi writes in the Introduction to A GUIDE TO HEALTH [1921]: "For more than twenty years past I have been paying special attention to the question of Health. I have arrived at certain definite conclusions from that experience, and I now set them down for the benefit of my readers. As the familiar saying goes, ‘Prevention is better than cure.’ It is far easier and safer to prevent illness by the observance of the laws of health than to set about curing the illness which has been brought on by our own ignorance and indulgence.

Hence it is the duty of all thoughtful men to understand aright the laws of health, and the object of the following pages is to give an account of these laws. We shall also consider the best methods of cure for some of the most common diseases.
Illness is the result not only of our actions but also of our thoughts. As has been said by a famous doctor, more people die for fear of diseases like small-pox, cholera and plague than out of those diseases themselves.
Our ignorance of the most elementary laws of health leads us to adopt wrong remedies or drives us into the hands of quacks. There is nothing so closely connected with us as our body, but there is also nothing perhaps of which our ignorance is so profound, or our indifference so complete.
At present, we know not how to deal with the most ordinary scalds and wounds; we are helpless if a thorn runs into our foot; we are beside ourselves with fright and dismay if we are bitten by an ordinary snake! The following pages are intended for such as are willing to learn.
We have got into the habit of calling in a doctor for the most trivial diseases. Where there is no regular doctor available, we take the advice of mere quacks. We labour under the fatal delusion that no disease can be cured without medicine. This has been responsible for more mischief to mankind than any other evil.
Illness or disease is only Nature’s warning that filth has accumulated in some portion or other of the body. It would be wise to allow Nature to remove the filth, instead of covering it up by the help of medicines. Those who take medicines are really rendering the task of Nature doubly difficult.
It is quite easy for us to help Nature in her task by remembering certain elementary principles,—by fasting so that the filth may not accumulate all the more, and by vigorous exercise in the open air, so that some of the filth may escape in the form of perspiration. And it is necessary is to keep our minds under control.
We find from experience that, when once a bottle of medicine gets itself introduced into a home, it never thinks of going out, but only goes on drawing other bottles in its train. We come across numberless human beings who are afflicted by some disease or other all through their lives in spite of their pathetic devotion to medicines.
They are to-day under the treatment of this doctor, to-morrow of that. They spend all their life in a futile search after a doctor who will cure them for good. As Justice Stephen said, it is really astonishing that drugs of which so little is known should be applied by doctors to bodies of which they know still less!
Some of the greatest doctors of the West themselves have now come to hold this view. Sir Astley Cooper, for instance, admits that the ‘science’ of medicine is mostly mere guess-work; Dr. Baker and Dr. Frank hold that more people die of medicines than of diseases; and Dr. Masongood even goes to the extent of saying that more men have fallen victims to medicine than to war, famine and pestilence combined!"

Mahatma Gandhi concludes by saying that perfect health can be attained only by living in obedience to the laws of God, and defying the power of Satan. Truth is the source and foundation of all things that are good and great. Hence, a fearless and unflinching pursuit of the ideal of Truth and Righteousness is the key-note of true health as of all else. 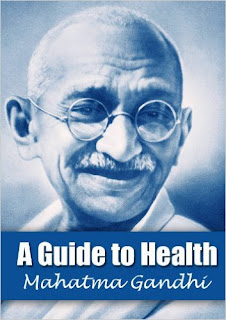 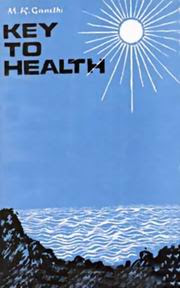 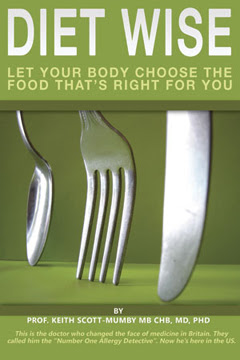 Posted by Raghunathan Srinivasan at 04:00 216 comments: