Raja Ravi Varma was born on 29th April 1848, in Kilimanoor, a small hamlet in Kerala. He belonged to a family of scholars, poets and artists. His parents were Umamba Thampuratti and Neelakandan Bhattathiripad.

As only a small boy, he filled the walls of his home with pictures of animals, acts and scenes from his daily life, which were noted by his uncle, Raja Raja Varma as the signs of a blossoming genius.

The uncle, himself a Tanjore artist, not only gave the first drawing lessons to Ravi Varma, but also took a keen interest in his further training and education with the help of the ruling king, Ayilyam Thirunal.

At the age of 14, Ayilyam Thirunal Maharaja took him to Travancore Palace where he was taught water painting by the palace painter Rama Swamy Naidu and later, Theodore Jenson, a British painter taught him oil painting.

Posted by Raghunathan Srinivasan at 06:00 20 comments: 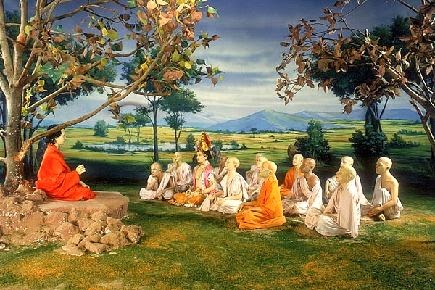 "One should study and teach the scriptures and also practise right understanding, truthfulness, austerity, mastery over the senses, mastery over the mind, maintenance of ritualistic fires, performance of the agnihotra ritual, hospitality, service to humanity, begetting of children, procreation, and begetting of grandchildren.

The idea is that karma properly done produces chitta-suddhi, which is a pre-requisite for the attainment of Self-Knowledge. These duties are to be performed along with the study and teaching of the Scriptures [svadhya pravachane cha].

It has been stated earler [up to Taittriya U 1.8] that Self-Knowledge alone can give Liberation. This may lead people to think that social duties as prescribed by the scriptures are redundant. Lest people make this mistake, the place of karma or duties of an individual is emphasised here [Taittriya U 1.9].

*Ritam = "Cosmic Law"; also
"What is Right and Proper as enjoined in the Scriptures".

We observe that svadhyaya pravachane cha is repeated 12 times to emphasize that all these duties are to be performed along with learning and teaching the Scriptures.

This section closes with three masters advocating the importance of satyam or tapas or the study of the scriptures and their efficient spread in the society. We observe this openness in Upanishadic teaching in many places. 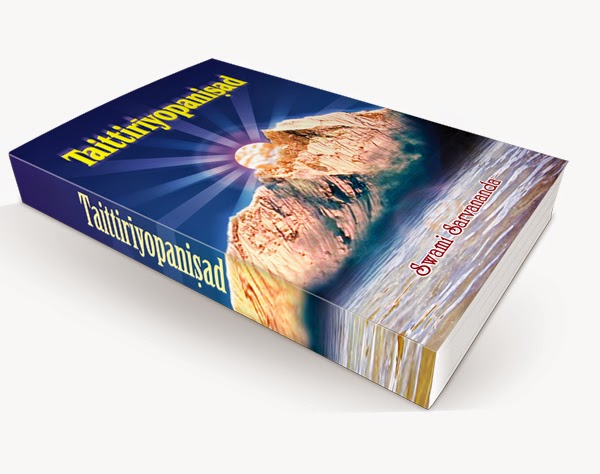 Tattva Bodha is an elementary prose work, which explains  the Vedantic terminology, in a simple question answer style.

'Tattva' [तत्त्व] means the essence or reality.  'Bodhah' [बोधः]  means knowledge.  Tattva Bodha [तत्त्वबोध] is the knowledge of the ultimate Reality.  The purpose of Tattva Bodha is Liberation.

Who is qualified to seek liberation? One who has sadhana chatushtayam [साधन चतुष्टयं] and shatka sampatti [षट्क संपत्ति] [4 means and 6 virtues].

What are the [ साधन चतुष्टयं ] four-fold qualifications [4 means]?

1. Viveka [ विवेक ]
Discrimination between the permanent and the impermanent;

2. Vairagya [ वैराघ्य ]
Dispassion to the enjoyment of the fruits of actions here and hereafter;

5. Sraddha [ श्रध्दा ]
Reverential Faith in the words of the Scriptures and the Guru;

Margaret Scott Gatty (1809–1873) had a most unusual education, as is shown in the wide scope of her knowledge, and the depth of character and reflection in her writings.

Her mother died when she was two years old, and she was brought up at home by her father, a great lover and collector of books. He did not believe in school life, and educated his daughter himself at home.

In Margaret's case the plan resulted in her acquiring a liking for many things that were not then usual for a girl to know, and led directly to the writing of this book of wisdom.

She also had considerable artistic ability, which showed itself in some beautiful illuminated handwritings. She was also skilled at etching, with which she illustrated some of her own writings.

Though her literary ability began to show itself at an early age [at seventeen she was translating Dante] she was forty-one before she began to publish. In 1831 appeared the first series of Parables from Nature. These stories were written after a long and careful study of natural history, both at first-hand and from books.

Margaret Scott married the Rev. Alfred Gatty in 1839. Her breadth of view and liberal-mindedness enabled her to help in the betterment of her husband's parish. Incessantly writing, Mrs. Gatty published many books, among others A Book of Emblems, her last printed effort. Among the most popular of her works were Aunt Judy's Tales for children.

"Parables from Nature by Margaret Scott Gatty -- What a treasure! Mrs. Gatty wrote with a wonderful prose style, and included many encouraging morals which are a joy to share with children."

"The language is rich and difficult for most children younger than 8 yrs of age. The depth of thought in this book is profound and worth reading aloud to children and discussing together. It is a book that offers insight into the natural world, but the deeper spiritual issues embedded within are what give it special worth." 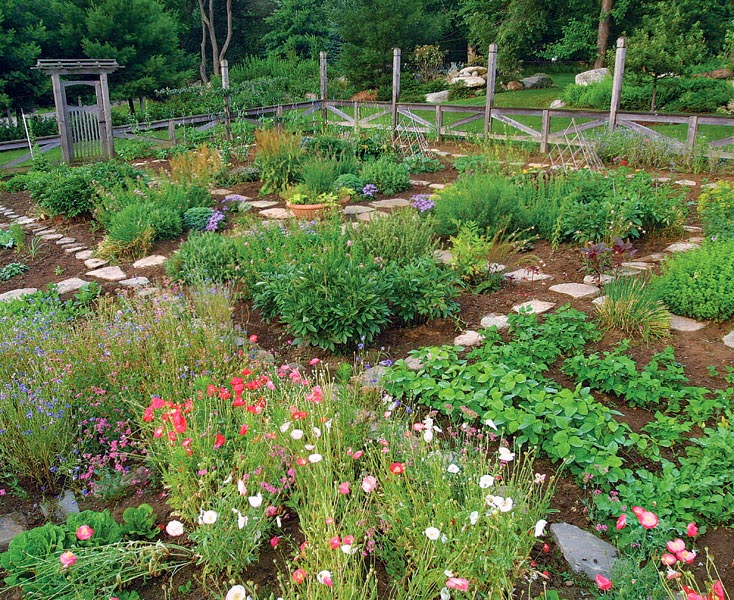 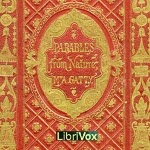