The saint poet Thiruvalluvar emphasizes the importance of unshaken enthusiasm and energy, earnest effort and perseverance in the Section on Wealth [Porulpaal] of the ThirukkuraL. Here are the choice couplets gleaned from that great book of wisdom:

Is there any task too difficult to do for the man who acts
At the right time and employs the right means?
அருவினை என்ப உளவோ கருவியால்
காலம் அறிந்து செயின்.   [தி 483]

What does the great book of wisdom ThirukkuraL say of Virtue [அறம் Aram]?
Keep the mind free of impurity. That alone is the practice of Virtue.

All else is nothing but empty display [T 34].

How do we stay away from these impurities?
Practice Truthfulness. Purity of the mind is realized by Truthfulness [T 298].

What is Truthfulness?
Truthfulness is the speaking of words which do not cause any harm whatsoever  to any one [T 291].

Here are the 5 choice couplets from the ThirukkuraL:


Purity of the external body is achieved through water.

Every afternoon, as they were coming from school, the children used to go and play in the Giant's garden. It was a large lovely garden, with soft green grass. Here and there over the grass stood beautiful flowers like stars, and there were twelve peach-trees that in the spring-time broke out into delicate blossoms of pink and pearl, and in the autumn bore rich fruit. The birds sat on the trees and sang so sweetly that the children used to stop their games in order to listen to them. 'How happy we are here!' they cried to each other.

One day the Giant came back. He had been to visit his friend the Cornish ogre, and had stayed with him for seven years. After the seven years were over he had said all that he had to say, for his conversation was limited, and he determined to return to his own castle. When he arrived he saw the children playing in the garden. 'What are you doing here?' he cried in a very gruff voice, and the children ran away.

'My own garden is my own garden,' said the Giant; 'any one can understand that, and I will allow nobody to play in it but myself.' So he built a high wall all round it, and put up a notice: TRESPASSERS WILL BE PROSECUTED. He was a very selfish Giant. The poor children had now nowhere to play. They tried to play on the road, but the road was very dusty and full of hard stones, and they did not like it. They used to wander round the high wall when their lessons were over, and talk about the beautiful garden inside.     'How happy we were there,' they said to each other.

Then the Spring came, and all over the country there were little blossoms and little birds. Only in the garden of the Selfish Giant it was still Winter. The birds did not care to sing in it as there were no children, and the trees forgot to blossom. Once a beautiful flower put its head out from the grass, but when it saw the notice-board it was so sorry for the children that it slipped back into the ground again, and went off to sleep.

The only people who were pleased were the Snow and the Frost. 'Spring has forgotten this garden,' they cried, 'so we will live here all the year round.' The Snow covered up the grass with her great white cloak, and the Frost painted all the trees silver. Then they invited the North Wind to stay with them, and he came. He was wrapped in furs, and he roared all day about the garden. 'This is a delightful spot,' he said, 'we must ask the Hail on a visit.' So the Hail came.

'I cannot understand why the Spring is so late in coming,' said the Selfish Giant, as he sat at the window and looked out at his cold white garden. But the Spring never came, nor the Summer. The Autumn gave golden fruit to every garden, but to the Giant's garden she gave none. 'He is too selfish,' she said. So it was always Winter there.

One morning the Giant was lying awake in bed when he heard some lovely music. It sounded so sweet to his ears that he thought it must be the King's musicians passing by. It was really only a little linnet singing outside his window. Then the Hail stopped dancing over his head, and the North Wind ceased roaring. A delicious perfume came to him through the open casement.

'I believe the Spring has come at last,' said the Giant; and looked out. What did he see?  He saw a most wonderful sight. Through a little hole in the wall the children had crept in. They were sitting in the branches of the trees. And the trees were so glad to have the children back again that they had covered themselves with blossoms, and were waving their arms gently above the children's heads.

The birds were flying about and twittering with delight, and the flowers were looking up through the green grass and laughing. It was a lovely scene, only in one corner it was still Winter. It was the farthest corner of the garden, and in it was standing a little boy. He could not reach up to the branches of the tree, and he was wandering all round it, crying bitterly.

And the Giant's heart melted as he looked out. 'How selfish I have been!' he said; 'now I know why the Spring would not come here. I will put that poor little boy on the top of the tree, and then I will knock down the wall, and my garden shall be the children's playground for ever and ever.' He was really very sorry for what he had done.

So he went out into the garden. But when the children saw him they were so frightened that they all ran away, and the garden became Winter again. Only the little boy did not run, for his eyes were so full of tears that he died not see the Giant coming. And the Giant took him gently in his hand, and put him up into the tree. And the tree broke at once into blossom, and the birds came and sang on it.

The little boy stretched out his two arms, flung them round the Giant's neck and kissed him. And the other children, came running back, and with them came the Spring. 'It is your garden now, little children,' said the Giant, and he took a great axe and knocked down the wall. And when the people were gong to market at twelve o'clock they found the Giant playing with the children in the most beautiful garden they had ever seen. 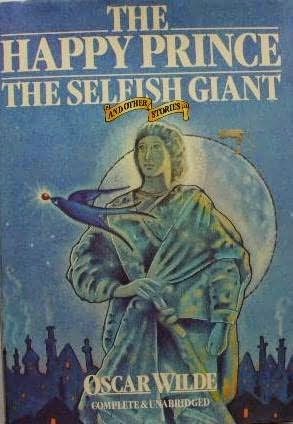 Oscar Wilde  was an Irish playwright and poet. His rich and dramatic portrayals of the human condition came at the height of the prosperity that swept through London in the late 19th century.

Wilde wrote many short stories, plays and poems that continue to inspire millions around the world. We shall see two of his best fairy tales: "The Happy Prince" in this post and "The Selfish Giant" in the next. 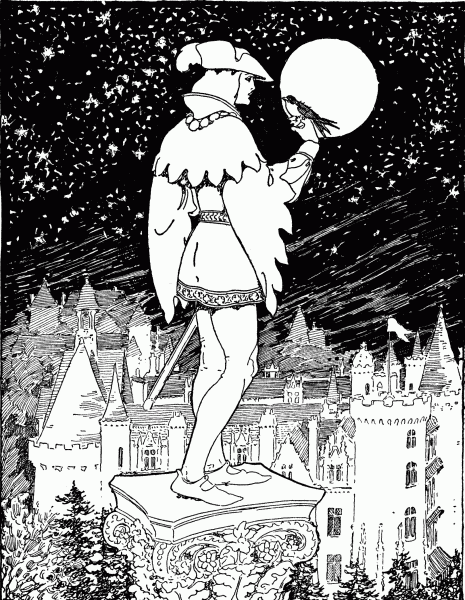 For The Happy Prince and Other Stories by Oscar Wilde: [Click Here] 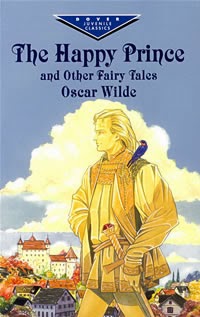 HENRY DRUMMOND: LESSONS FROM THE "ANGELUS"


Professor George Adam Smith, the biographer of Henry Drummond, gave this evaluation of him: "He changed the spiritual climate of his half-century."
Drummond was a scientist, a world traveller, and a great communicator of the Christian faith in five continents especially to students. Henry made his own personal commitment to Christ at an early age, and never wavered from it. His visiting the slums of the Edinburgh of those days might have given him his first experience of urban poverty and spiritual need of society. He burned to bring an answer, both to individuals and to society, for he was convinced that Christ is the answer on a world scale.

Lessons from the Angelus is taken from his book "The Greatest Thing in the World and Other Addresses."

LESSONS FROM "THE ANGELUS"

God often speaks to men's souls through music; He also speaks to us through art. Millet's famous painting entitled "The Angelus" is an illuminated text, upon which I am going to say a few words to you to-night.
There are three things in this picture—a potato field, a country lad and a country girl standing in the middle of it, and on the far horizon the spire of a village church. That is all there is to it—no great scenery and no picturesque people. In Roman Catholic countries at the evening hour the church bell rings out to remind the people to pray. Some go into the church, while those that are in the fields bow their heads for a few moments in silent prayer. That picture contains the three great elements which go to make up a perfectly rounded Christian life. It is not enough to have the "root of the matter" in us, but that we must be whole and entire, lacking nothing. The Angelus may bring to us suggestions as to what constitutes a complete life.

The first element in a symmetrical life is work.

Three-fourths of our time is probably spent in work. Of course the meaning of it is that our work should be just as religious as our worship, and unless we can work for the glory of God three-fourths of life remains unsanctified.
It is by constant and conscientious attention to daily duties that thoroughness and conscientiousness and honorableness are imbedded in our beings. Character is THE MUSIC OF THE SOUL, and is developed by exercise.
Our work is not only to be done thoroughly, but it is to be done honestly. A man is not only to be honorable in his academic relations, but he must be honest with himself and in his attitude toward the truth. When we come to difficulties, let us not jump lightly over them, but let us be honest as seekers after truth.

Another element in life, which of course is first in importance, is God.
The Angelus is perhaps the most religious picture painted this century. You cannot look at it and see that young man standing in the field with his hat off, and the girl opposite him with her hands clasped and her head bowed on her breast, without feeling a sense of God.
Do we carry about with us the thought of God wherever we go? If not, we have missed the greatest part of life. Do we have a conviction of God's abiding presence wherever we are? There is nothing more needed in this generation than a larger and more Scriptural idea of God. 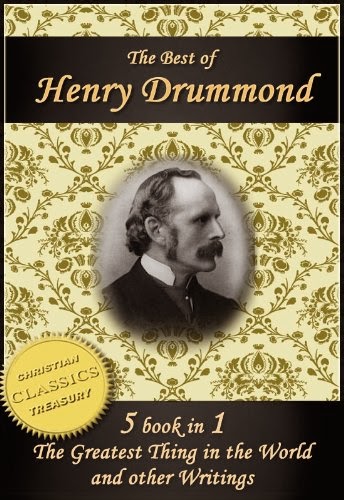