Albert Schweitzer [1875 - 1965] was a great theologian, organist, philosopher, physician. He was born in the province of Alsace-Lorraine [in 1875], then, part of the German Empire. Schweitzer considered himself French and wrote mostly in French.

In 1893 he entered the University of Strasbourg and studied theology, philosophy and musical theory. By [1901] the time he was 26, he had degrees as a Doctor of Philosophy, Theology and Music.

Between 1900 and 1905 he acted as a minister of a small church in Strasbourg. During this period he also wrote several books dealing with philosophy and ethics, religion and the music of Bach. He was also considered the world's foremost authority on the architecture of organs as well as one of the most renowned organists.

In 1905, Schweitzer made a radical career change and decided to devote the rest of his life to the natives of equatorial Africa as a medical missionary. He decided that he would study to become a doctor of medicine and reentered the university. In 1913, aged 38, Schweitzer became an M.D.

Why did he choose medicine? Because he was tired of talk and wanted action. And why Lambarene? Because, it was one of the most inaccessible and primitive spots in all Africa, and one without a doctor. Schweitzer considered his work as a medical missionary in Africa to be his response to Jesus' call to become "fishers of men" but also as a small recompense for the historic guilt of European colonizers.

He received the 1952 Nobel Peace Prize for his philosophy of "Reverence for Life", but most famously in founding and sustaining the Albert Schweitzer Hospital in [Gabon] Lambaréné, in French Equatorial Africa.  He is reverentially referred to as the Christ of the twentieth century. 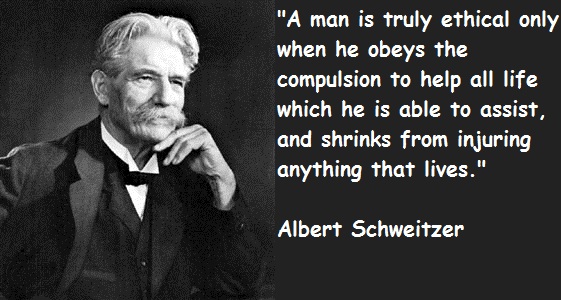 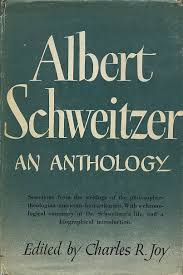