Nature-study is a study of nature; it consists of simple, truthful observations that may, like beads on a string, finally be threaded upon the understanding and thus held together as a harmonious whole. The object of the nature-study teacher should be to cultivate in children powers of accurate observation and understanding.

WHAT NATURE-STUDY SHOULD DO FOR THE CHILD

First, nature study gives the child practical and helpful knowledge. It makes him familiar with nature's ways and forces. Nature-study cultivates the child's imagination, since there are so many wonderful and true stories that he may read with his own eyes, which affect his imagination as much as does fairy lore; at the same time nature-study cultivates in him a perception and a regard for what is true, and the power to express it.

All things seem possible in nature; yet this seeming is always guarded by the eager quest of what is true. Perhaps half the falsehood in the world is due to lack of power to detect the truth and to express it. Nature-study aids both in discernment and in expression of things as they are.

Nature-study cultivates in the child a love of the beautiful; it brings to him early a perception of color, form, and music. He sees whatever there is in his environment, whether it be the thunder-head piled up in the western sky, or the golden flash of the oriole in the elm; whether it be the purple of the shadows on the snow, or the azure glint on the wing of the little butterfly.

Also, what there is of sound, a nature hike hears; he reads the music score of the bird orchestra, separating each part and knowing which bird sings it. And the patter of the rain, the gurgle of the brook, the sighing of the wind in the pine, he notes and loves and becomes enriched thereby.

But, more than all, nature-study gives the child a sense of companionship with life out-of-doors and an abiding love of nature. Let this latter be the teacher's criterion for judging his or her work. If nature-study as taught does not make the child love nature and the out-of-doors, then it should cease.

Perhaps the most valuable practical lesson the child gets from nature-study is a personal knowledge that nature's laws are not to be evaded. Wherever he looks, he discovers that attempts at such evasion result in suffering and death. A knowledge thus naturally attained of the immutability of nature's "must" and "shall not" is in itself a moral education.

The realization that the fool as well as the transgressor fares ill in breaking natural laws makes for wisdom in morals as well as in hygiene. Out-of-door life takes the child afield and keeps him in the open air, which not only helps him physically and occupies his mind with sane subjects, but keeps him out of mischief. It is not only during childhood that this is true, for love of nature counts much for sanity in later life.

This is an age of nerve tension, and the relaxation which comes from the comforting companionship found in woods and fields is, without doubt, the best remedy for this condition. Through properly training the child, the man shall be enabled to enjoy nature through seeing how creatures live rather than watching them die.

It is the sacred privilege of nature-study to do this for future generations and for him thus trained, shall the words of Longfellow's poem to Agassiz apply:

And he wandered away and away, with Nature the dear old nurse,
Who sang to him night and day, the rhymes of the universe.
And when the way seemed long, and his heart began to fail,
She sang a more wonderful song, or told a more wonderful tale. 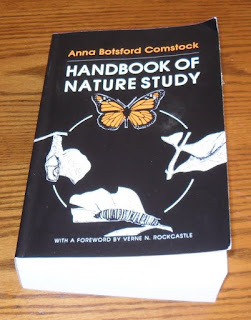 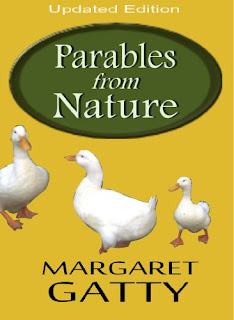