DR EDWARD BACH: HEALING HERBS FOR USE IN EVERY HOME


[Further excerpts from the public lecture given by Dr Edward Bach on "Healing by Herbs for use in Every Home" at the Masonic Hall, Wallingford, England on September 24, 1936, two months before his death.]

THE REMEDIES OR THE HEALING HERBS

It is not entirely necessary to give an outline of all the 38 remedies, because if you understand the way in which three  or four are used you have the principle which applies to them all. So we will consider the Remedies which are given in case of  FEAR.

It does not matter whether it is an accident, sudden illness, a long illness or even in those who are quite well in themselves. If fear is present, one of the emedies for fear should be given. Of course, other Remedies may be required at the same time, as there may be other conditions present, then they would be given in addition; but that depends on the case.

Fear is very common in some form or other: not only amongst the ill, but amongst ourselves who otherwise may be well. But whatever it may be, the Remedies will help us to be free of that great burden which we call fear. There are five types of fear, and therefore there are five Remedies, one for each type.

1] The first is when the fear is very great, amounting to terror or panic: either in the patient or because the condition is so serious as to cause intense fear to those around. It may be in case of sudden illness, or accident, but always when there is great emergency or danger, give the Remedy for this: made from a small plant which is called ROCK ROSE. This Remedy has had wonderful results, and many an alarming case has been better within minutes or hours of its being given. The key-notes for this Remedy are Panic, terror, great emergency or danger.

2] The second kind of fear is more common: and is the one which applies to everyday life. The ordinary fears so many of us get. Fear of accidents, fear of illness, fear of a complaint getting worse, fear of the dark, of being alone, of burglars, or fire, of poverty, of animals, of other people and so on. Fears of definite things, whether there be any reason or not. The Remedy for this is a beautiful plant called MIMULUS: rather like Musk.

3] The third kind of fear is of those vague unaccountable things which cannot be explained. As if something dreadful is going to happen, without any idea as to what it may be. All such dreads for which no reason can be given, and yet are very real and disturbing to the individual, require the Remedy of the ASPEN. And the relief which this has brought to many is truly wonderful.

4] The fourth kind of fear is that when there is a dread of the mind being over-worked, and the fear that it cannot stand the strain. When impulses come upon us to do things we should not in the ordinary way think about or for one moment consider. The Remedy for this comes from the CHERRY PLUM,  which grows in the hedge-rows around this district. This drives away all the wrong ideas and gives the sufferer mental strength and confidence.

5] Lastly, the fifth kind is the fear for others, especially those dear to us. If they return late, there is the thought that some accident must have happened: if they go for a holiday, the dread that some calamity will befall them. Some illnesses become very serious complaints, and there is great anxiety even for those who are not dangerously  ill. Always fearing the worst and always anticipating misfortune for them. The Remedy made from the RED CHESTNUT BLOSSOM, of the tree so well known to all of us, soon removes such fears and helps us to think more normally.

It is not easy to confuse these five different kinds of fear, as they are quite distinct; and although fear is the commonest mood we have to treat, it requires but one or more of five Remedies to combat it in all its forms.

Amongst the other Remedies, you will find those which apply to all the conditions that can be met.
Such as some for those who suffer from uncertainty, never knowing quite what they wish or what is right for them. Some for loneliness. Others for those who are too sensitive. Others for depression, and so on.
And with very little effort it becomes easy to find the Remedy or Remedies which a patient needs to help them.

And, once again, the important point is this: that wonderful as it may seem, relieve your patient of the mood or moods such as are given in this system of healing, and your patient is better. 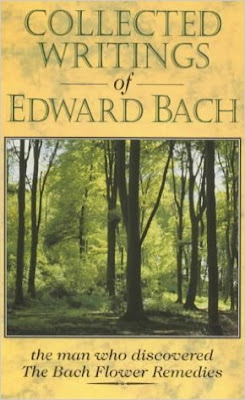