Homeopathy cures [quickly, gently and permanently] the sick [individual] with a single simple remedy [at one time] in infinitesimal dose, which is potentized, proven [on the healthy], and based on the natural law of similars [similia similibus], by perceiving [through the senses] the guiding symptoms [mental and physical].
Homeopathy is a perfectly simple system of medicine, remaining always fixed in its principles as in its practice. 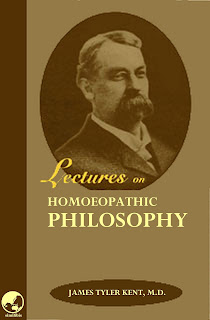 The following is an excerpt from Dr James Tyler Kent's "Lectures on Homeopathic Philosophy" which is essentially a commentary on Hahnemann's ORGANON:

Organon § 1. "The physician's high and only mission is to restore the sick to health, to cure as it is termed."

The true homoeopath, when he speaks of the sick, knows who it is that is sick, whereas the allopath does not know. The latter thinks that the tissue changes [which are only the results of disease], are all that there is of the sick man.

Now what is meant by "the sick?" It is a man that is sick and to be restored to health, not his body, not the tissues. You will find many people who will say, "I am sick." They will enumerate pages of symptoms, pages of suffering. They look sick.

But at present the patient is not sick, says the learned doctor, "But what do all these symptoms mean? I do not sleep at night, I have pains and aches. My bowels do not move." "Oh, well, you have constipation." That is the first thing that has been diagnosed. But do all these things exist without a cause?

It would seem from one opinion that the "constipation" is the disease per se, but from another opinion it would appear to be the cause of disease; the "diagnosis" is made to apply to one as much as to the other.

These symptoms are but the language of nature, talking out as it were, and showing as clearly as the daylight the internal nature of the sick man or woman. If this state progresses the lungs break down.

Under traditional methods it is necessary that a diagnosis be made before the treatment can be settled, but in most cases the diagnosis cannot be made until the results of disease have rendered the patient incurable.

For an eruption on the skin we would use local means to stimulate the functions of the skin and make it heal, and believing the eruption had no cause behind it we would conscientiously think we had cured the patient.

But this is the reductio ad absurdum, for nothing exists without a cause. The organs are not the man. The man is prior to the organs. From first to last is the order of sickness as well as the order of cure. From man to his organs and not from organs to the man.

The combination of the will and the understanding, constitute man; conjoined they make life and activity they manufacture the body and cause all things of the body. With the will and understanding operating in order we have a healthy man.

The will is expressed in the face ; its result is implanted on the countenance. The countenance then is expressive of the heart. Allopathic pathology recognizes nothing but man's body. The homoeopath must master these things before he can perceive the nature of the cause of disease and before he can understand what cure is.

Tissue changes are of the body and are the results of disease. They are not the disease. Hahnemann once said, "There are no diseases, but sick people," from which it is clear that Hahnemann understood that the diseases so called, e.g., Bright's disease, liver disease, etc. were but the grosser forms of disease results, viz., appearances of disease.

There is first disorder of government, and this proceeds from within outward until we have pathological changes in the tissues. In the practice of medicine today, the idea of government is not found, and the tissue changes only are taken into account. He who considers disease results to be the disease itself, and expects to do away with these as disease, is insane.

The bacteria are results of disease. In the course of time we will be able to show perfectly that the microscopical little fellows are not the disease cause, but that they come after, that they are scavengers accompanying the disease, and that they are perfectly harmless in every respect.

They are the outcome of the disease, are present wherever the disease is, and by the microscope it has been discovered that every pathological result has its corresponding bacteria. The Old School consider these the cause, but we will be able to show that disease cause is much more subtle than anything that can be shown by a microscope.

In a note under para one, Hahnemann says: "The physician's mission is not, however, to construct so called systems, by interweaving empty speculations and hypotheses concerning the internal essential nature of the vital processes and the mode in which diseases originate in the invisible interior of the organism," etc.

We know that in the present day people are perfectly satisfied if they can find the name of the disease they are supposed to have, an idea cloaked in some wonderful technicality. Prescribing for the results of disease causes changes in the results of disease, but not in the sickness except to hurry its progress. 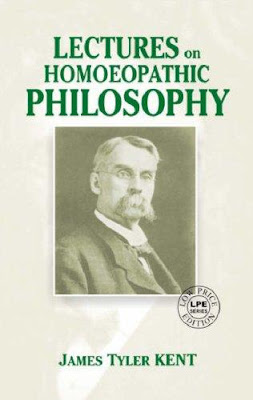