GOSPEL OF SRI RAMAKRISHNA BY "M": RULES FOR HOUSEHOLDERS 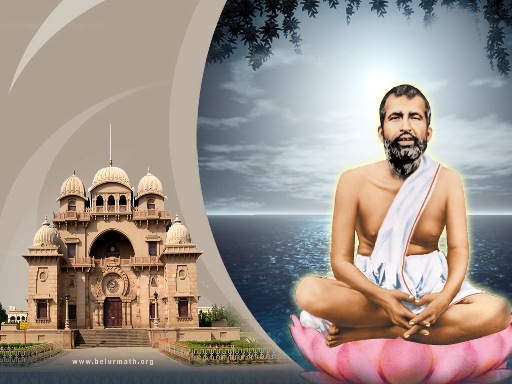 From The Gospel of Sri Ramakrishna by "M" Chapter 20

Sri Ramakrishna was sitting in his room at Dakshineswar with many devotees.

Master (to the devotees): "I visited the museum  once.  I was shown fossils.  A whole animal has become stone! Just see what an effect has been produced by company! Likewise, by constantly living in the company of a holy man one verily becomes holy."

"What are the spiritual disciplines that give the mind its upward direction? One learns all this by constantly living in holy company.  The rishis of olden times lived either in solitude or in the company of holy persons; therefore they could easily renounce 'woman and gold' and 'fix their minds on God.  They had no fear nor did they mind the criticism of others.

"In order to be able to renounce, one must pray to God for the will power to do so.  One must immediately renounce what one feels to be unreal.  The rishis had this will-power.  Through it they controlled the sense-organs.  If the tortoise once tucks in its limbs, you cannot make it bring them out even by cutting it into four pieces.

"The worldly man is a hypocrite.  He cannot be guileless.  He professes to love God, but he is attracted by worldly objects.  He doesn't give God even a very small part of the love he feels for 'woman and gold'.  But he says that he loves God.  (To Mani Mallick) Give up hypocrisy."

The ideal of a spiritual family

"A wife endowed with spiritual wisdom is a real partner in life.  She greatly helps her husband to follow the religious path.  After the birth of one or two children they live like brother and sister.  Both of them are devotees of God - His servant and His handmaid.  Their family is a spiritual family.  They are always happy with God and His devotees.

"The longing of the worldly-minded for God is momentary, like a drop of water on a red-hot frying-pan.  The water hisses and dries up in an instant.  The attention of the worldly-minded is directed to the enjoyment of worldly pleasure.  Therefore they do not feel yearning and restlessness for God.

"People may observe the ekadasi in three ways.  First, the 'waterless' ekadasi-they are not permitted to drink even a drop of water.  Likewise, an all-renouncing religious mendicant completely gives up all forms of enjoyment.  Second, while observing the ekadasi they take milk and sandesh.  Likewise, a householder devotee keeps in his house simple objects of enjoyment.  Third, while observing the ekadasi they eat luchi and chakka.  They eat their fill.

"A man may live in a mountain cave, smear his body with ashes, observe fasts; and practise austere discipline; but if his mind dwells on worldly objects, on 'woman and gold', I say, 'Shame on him!' But I say that a man is blessed indeed who eats, drinks, and roams about, but who keeps his mind free from 'woman and gold'.

Manilal: "Well, what is the rule for concentration? Where should one concentrate?"

Master: "The heart is a splendid place.  One can meditate there or in the Sahasrara.  These are rules for meditation given in the scriptures.  But you may meditate wherever you like.  Every place is filled with Brahman-Consciousness.  Is there any place where  It does not exist? Narayana, in Bhali's presence, covered with two steps the heavens, the earth, and the interspaces.  Is there then any place left uncovered by God? A dirty place is as holy as the bank of the Ganges.  It is said that the whole creation is the Virat, the Universal Form of God.

Master: "The Eternal Religion, the religion of the rishis, has been in existence from time out of mind and will exist eternally.  There exist in this Sanatana Dharma all forms of worship - worship of God with form and worship of the Impersonal Deity as well.  It contains all paths - the path of knowledge, the path of devotion, and so on.  Other forms of religion, the modern cults, will remain for a few days and then disappear."

"I once asked Keshab, 'Why have you written about me?' He said that it would bring people here.  But man cannot teach by his own power.  One cannot conquer ignorance without the power of God. He who teaches men gets his power from God.  None but a man of renunciation can teach others.

"To realize God is the one goal of life.  While aiming his arrow at the mark, Arjuna said, 'I see only the eye of the bird and nothing else - not the kings, not the trees, not even the bird itself.'

Ram: "I understand that Kedār Babu has recently visited the Kartabhajas' place."
Master: "He gathers honey from various flowers.  (To Ram, Nityagopal, and the others) If a devotee believes one hundred per cent that his Chosen Ideal is God, then he attains God and sees Him.

"People of bygone generations had tremendous faith.  What faith Haladhāri's father had! Once he was on the way to his daughter's house when he noticed some beautiful flowers and vilwa-leaves.  He gathered them for the worship of the Family Deity and walked back five or six miles to his own house.

"When my father walked along the lanes of the village wearing his wooden sandals, the shopkeepers would stand up out of respect and say, 'there he comes!' When he bathed in the Haldārpukur, the villagers would not have the courage to get into the water.  Before bathing they would inquire if he had finished his bath.

"Very strong was the faith of the people in those days.  One hears that God used to dance then, taking the form of Kāli, while the devotee clapped his hands keeping time."

MASTER: "There are two signs of knowledge.  First, an unshakable buddhi.  No matter how many sorrows, afflictions, dangers, and obstacles one may be faced with, one's mind does not undergo any change.  It is like the blacksmith's anvil, which receives constant blows from the hammer and still remains unshaken.  And second, manliness-very strong grit.  If lust and anger injure a man, he must renounce them once for all.  If a tortoise once tucks in its limbs, it won't put them out again though you may cut it into four pieces.

Advantage of a householder's life

"You are leading a householder's life.  That is very good.  It is like fighting from a fort.  There are many disadvantages in fighting in an open field.  So many dangers, too.  Bullets may hit you.

"But one should spend some time in solitude and attain Knowledge.  Then one can lead the life of a householder.  Janaka lived in the world after attaining Knowledge.  When you have gained it, you may live anywhere.  Then nothing matters."

Mahima: "Sir, why does a man become deluded by worldly objects?"

Master: "It is because he lives in their midst without having realized God.  Man never succumbs to delusion after he has realized God.  The moth no longer enjoys darkness if it has once seen the light.
The Master rested awhile.  A devotee sat on the end of the small couch and gently stroked his feet.  The Master said to him softly: "That  which is formless again has form.  One should believe in the forms of God also.  By meditating on Kāli the aspirant realizes God as Kāli.  Next he finds that the form merges in the Indivisible Absolute.  That which is the Indivisible Satchidananda is verily Kāli."

After a while Adhar said humbly to the Master: "Sir, you haven't been to our place for a long time.  The drawing-room smells worldly and everything else appears to be steeped in darkness."

Master (to Mahima):  "What I said about aspirants practising continence is true.  Without chastity one cannot assimilate these teachings.

"Once a man said to Chaitanya: 'You give the devotees so much instruction.  Why don't they make much progress?' Chaitanya said: 'They dissipate their powers in the company of women.  That is why they cannot assimilate spiritual instruction.  If one keeps water in a leaky jar, the water escapes little by little through the leak."

Mahima and the other devotees remained silent.  After a time Mahima said, "Please pray to God for us that we may acquire the necessary strength."

Master: "Be on your guard even now.  It is difficult, no doubt, to check the torrent in the rainy season.  But a great deal of water has gone out.  If you build the embankment now it will stand.

Text of The Gospel of Sri Ramakrishna by "M": Rules for Householders [Click Here] 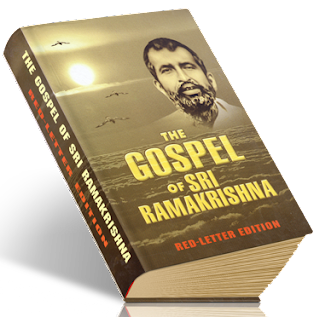