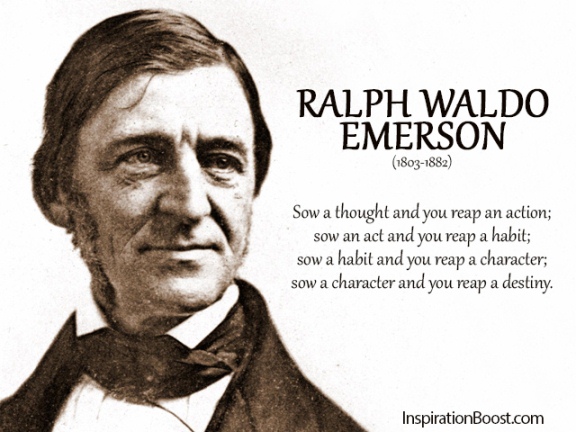 Composed of an introduction and eight chapters, Nature, Emerson’s first book, contains all the fundamental ideas that were to be developed at length later in his life. The dominant theme of this work—the harmony between humans and nature—also became the theoretical basis of many literary works composed after it in the nineteenth century United States.

[Philosophically considered, the universe is composed of Nature and the Soul. Strictly speaking, therefore, all that is separate from us, all which Philosophy distinguishes as the NOT ME, that is, both nature and art, all other men and my own body, must be ranked under this name, NATURE. Nature, in the common sense, refers to essences unchanged by man; space, the air, the river, the leaf.]

...All natural objects make a kindred impression, when the mind is open to their influence. Nature never wears a mean appearance. Neither does the wisest man extort her secret, and lose his curiosity by finding out all her perfection. Nature never became a toy to a wise spirit. The flowers, the animals, the mountains, reflected the wisdom of his best hour, as much as they had delighted the simplicity of his childhood. When we speak of nature in this manner, we have a distinct but most poetical sense in the mind. We mean the integrity of impression made by manifold natural objects. It is this which distinguishes the stick of timber of the wood-cutter, from the tree of the poet.

The charming landscape which I saw this morning, is indubitably made up of some twenty or thirty farms. Miller owns this field, Locke that, and Manning the woodland beyond. But none of them owns the landscape. There is a property in the horizon which no man has but he whose eye can integrate all the parts, that is, the poet. This is the best part of these men's farms, yet to this their warranty-deeds give no title. To speak truly, few adult persons can see nature. Most persons do not see the sun. At least they have a very superficial seeing.

The sun illuminates only the eye of the man, but shines into the eye and the heart of the child. The lover of nature is he whose inward and outward senses are still truly adjusted to each other; who has retained the spirit of infancy even into the era of manhood. His intercourse with heaven and earth, becomes part of his daily food. In the presence of nature, a wild delight runs through the man, in spite of real sorrows. Nature says, — he is my creature, and maugre all his impertinent griefs, he shall be glad with me. Not the sun or the summer alone, but every hour and season yields its tribute of delight; for every hour and change corresponds to and authorizes a different state of the mind, from breathless noon to grimmest midnight. Nature is a setting that fits equally well a comic or a mourning piece. In good health, the air is a cordial of incredible virtue.

Crossing a bare common, in snow puddles, at twilight, under a clouded sky, without having in my thoughts any occurrence of special good fortune, I have enjoyed a perfect exhilaration. I am glad to the brink of fear. In the woods too, a man casts off his years, as the snake his slough, and at what period soever of life, is always a child. In the woods, is perpetual youth. Within these plantations of God, a decorum and sanctity reign, a perennial festival is dressed, and the guest sees not how he should tire of them in a thousand years. In the woods, we return to reason and faith. There I feel that nothing can befall me in life, — no disgrace, no calamity, (leaving me my eyes,) which nature cannot repair.

Standing on the bare ground, — my head bathed by the blithe air, and uplifted into infinite space, — all mean egotism vanishes. I become a transparent eye-ball; I am nothing; I see all; the currents of the Universal Being circulate through me; I am part or particle of God. The name of the nearest friend sounds then foreign and accidental: to be brothers, to be acquaintances, — master or servant, is then a trifle and a disturbance. I am the lover of uncontained and immortal beauty. In the wilderness, I find something more dear and connate than in streets or villages. In the tranquil landscape, and especially in the distant line of the horizon, man beholds somewhat as beautiful as his own nature.

The greatest delight which the fields and woods minister, is the suggestion of an occult relation between man and the vegetable. I am not alone and unacknowledged. They nod to me, and I to them. The waving of the boughs in the storm, is new to me and old. It takes me by surprise, and yet is not unknown. Its effect is like that of a higher thought or a better emotion coming over me, when I deemed I was thinking justly or doing right.

Yet it is certain that the power to produce this delight, does not reside in nature, but in man, or in a harmony of both. It is necessary to use these pleasures with great temperance. For, nature is not always tricked in holiday attire, but the same scene which yesterday breathed perfume and glittered as for the frolic of the nymphs, is overspread with melancholy today. Nature always wears the colors of the spirit. To a man laboring under calamity, the heat of his own fire hath sadness in it. Then, there is a kind of contempt of the landscape felt by him who has just lost by death a dear friend. The sky is less grand as it shuts down over less worth in the population. 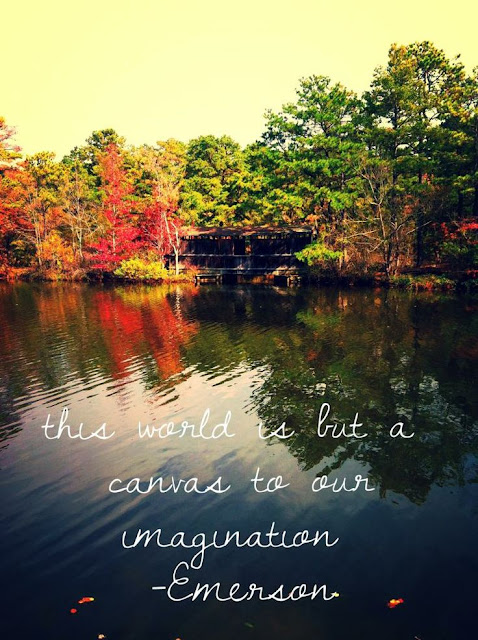 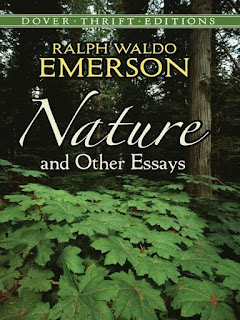