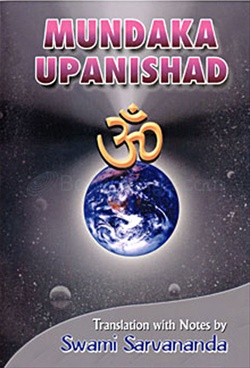 The Mundaka Upanishad is an ancient Sanskrit Vedic text, embedded inside Atharva Veda. It is one among the ten Principal Upanishads. It is a poetic verse style Upanishad, with 64 verses, written in the form of mantras.
The Mundaka Upanishad contains three Mundakas [parts], each with two Kantas [sections].
The first Mundaka defines the science of Para Vidya [Higher Knowledge] and Apara Vidya [Lower Knowledge].
Then it asserts that acts of oblations and pious gifts do not reduce unhappiness in life, and it is knowledge alone that frees.
The second Mundaka describes the nature of the Brahman, the Self, the relation between the empirical world and the Brahman, and the path to know Brahman.
The third Mundaka expands the ideas in the second and asserts that the state of knowing Brahman is one of freedom, fearlessness, complete liberation, self-sufficiency and bliss.

1.1.3. A great householder named Shaunaka once came to Rishi Angiras and reverently asked:
"What is that by knowing which all is known?"
1.1.4. Angiras replied: "The illumined sages say knowledge is twofold, higher and lower.
1.1.5. The study of the Vedas, linguistics,
rituals, astronomy, and all the arts can be called lower knowledge. The higher is that which leads to Self-realization."
1.1.6. "The eye cannot see it; mind cannot 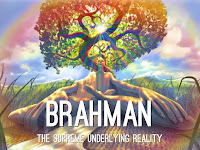 grasp it. This everlasting Brahman has neither caste nor race, neither eyes nor ears nor hands nor feet. Sages say this Brahman is infinite in the great and in the small, everlasting and changeless, the source of life."


Saunaka, the great householder, approached Angiras in the proper manner and said: Revered sir, what is that by the knowing of which all this becomes known? MuU 1.1.3

To him [Saunaka] he [Angirua] said: Two kinds of knowledge must be known−
that is what the knowers of Brahman tell us.
They are the Higher Knowledge and the lower knowledge.  MuU 1.1.4