...It was in mid-August. We had threshed the wheat, the day before, and my father and my uncle were starting, that morning, on a few days' fishing trip. I had strongly hinted that I should like to go along, but there seemed no room for me.

Barnum and Bailey's big show was to be in Detroit that day. I had saved something like six dollars, which would be ample to cover expenses; but I knew I should be reproached if I squandered my money in this manner. But, having been left out of the fishing excursion, after a hard summer's work, I felt that I was badly treated and would be quite justified if I helped myself to a day's outing.

Father and Uncle Jim were to start at five. I quietly sneaked out of the house at four, walked three miles to the little station at Wimple, and waited for the milk-train to come along. Arriving in Detroit at noon, I took a street- car to the circus grounds where I spent one of the most exciting days of my life. I saw it all; the menagerie, the demobilization of the garish parade, the circus and spectacular pageant "The Burning of Rome." I also patronized several units of the side-show. It was six-thirty before I left the grounds and boarded a crowded street-car for the business district. My train did not leave until nine-thirty.

After a long ride, we were clanging through brighter lights and heavier traffic, so I got off and sauntered along the edges of the crowd on the broad pavement, staring into the shop windows. Besides my return ticket, I had a little money left, and decided to look for a cheap restaurant. There didn't seem to be one on this street, so I turned the corner and walked a couple of blocks, looking for an eating-place that might fit my resources.

Presently I came to a café that had a very imposing front. Several very elegant turnouts were drawn up along the curb, the drivers lounging near their horses' heads. I ambled past, inspecting them with admiration. A tall, handsome man with a flushed face lurched out of the café and walked unsteadily down the street, pausing before a pair of beautiful roans harnessed to an open stanhope. One of the drivers called to his neighbour, "Doc's pretty well oiled."

I followed along slowly, though it wasn't much like me to take a curious interest in anyone's humiliation. The near horse, tied to the hitching-post, had tugged his bridle off and seemed about to bolt. "Doc" was making an unsuccessful effort to put the bridle on.

It wasn't easy to do, for the horse was nervous, but I managed.

"You know how to drive?" asked Doc. "I'll give you two dollars if you drive me home."

I told him I had to take a train at nine-thirty, but if he thought I could drive him home and get back in time, I would do it—adding that I didn't want to be paid for it. My attitude seemed to please him; for, shortly after we started, he professed an interest in me. I told him where I lived; that I had come to the circus; that this was the first time I had ever been in the city alone; that I wished I could stay in the city; that I didn't like to work on the farm; that I wouldn't stay on the farm if there was any chance to get away. All this was in reply to questions, for I was not naturally garrulous.

Then it was "Doc's" turn. He told me he was Doctor Cummings. My
heart gave a hard bump. We often read of Doctor Cummings in the papers. He was said to be one of the finest surgeons in the country. It was hard to believe that I was sitting by his side, driving him home. And he was talking to me as if I really was somebody. He told me that his hostler had been away for two days on a spree; couldn't depend on the fellow any more; wondered if I could stay and look after the horses until he could find another man.

I did not pause to consider what my father might think of this, nor how much my mother might worry if I failed to show up at home. All I could think of was the fact that I should be working for a doctor—one of the greatest doctors! I said I would stay.

"And so you don't like the farm," remarked Doctor Cummings. "Anything else in mind?"

"I'm afraid you'd laugh, sir," I confessed, adding, "I have never told anybody."

"But me," encouraged Doctor Cummings, "and I won't tell."

"I want to be a doctor," I confided, "but I'm afraid it's no good. We haven't the money. I'm not even sure my father can afford to send me to high school."

He didn't say anything for a while. Then he asked me my name and I told him. Then there was another long silence.

"So—you are not interested in anything but medicine; is that right?" he said, rousing from what must have been a little nap.

"Then I suppose you must swim pretty well."

"Like a water spaniel," I boasted. "If I can't be a doctor, I'll have to be a professional swimmer."

There was another long pause.

"Well—you stay here for a while, Wayne, and look after my horses," said Doctor Cummings, "and we will see what we can do. I don't think there's much of a future in swimming."

So—that was how I got my chance to study medicine. I began it by being Doctor Cummings' shadow. I was his hostler, errand boy, and diplomatic agent. Drunk or sober, he was always kind to me. And he gave me my opportunity to go to school. If it had not been for my meeting him, that night, when he needed someone to look after him, my whole life might have been set in a different key.

Perhaps that circumstance was accidental; but I don't think so. 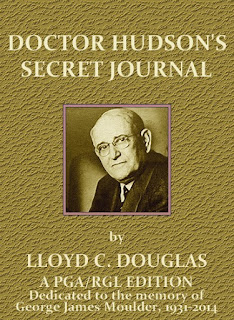