Sir Edwin Henry Landseer [1802-1873] was the greatest animal painter of the nineteenth century, and for his contemporaries, the greatest artist of the age. His masterly work had added appeal because of his tendency to give his animal scenes a moral dimension, in particular dogs in the service of humanity.

The best known of Landseer's works, however, are sculptures. He was the sculptor  who created the four 20-foot long lions [click here] that  surround Nelson's Column in Trafalgar Square, London.

Inspired by Sir Walter Scott's poem, Helvellyn, in 1829 Landseer painted Attachment, depicting the story of Foxie's devotion to her master, Gough. The painting was exhibited at the Royal Academy in 1830 along with Scott's poem Helvellyn.


ATTACHMENT depicts the undying devotion of the pet dog Foxie to her master Charles Gough.  Gough was an artist of the early romantic movement in England. While visiting the Lake District in 1805 he decided to go hiking at Helvellyn with his dog Foxie, and was never again seen alive. 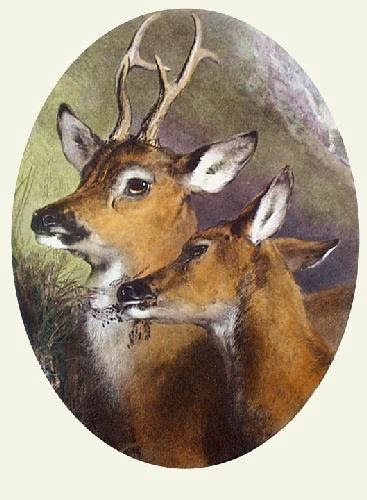