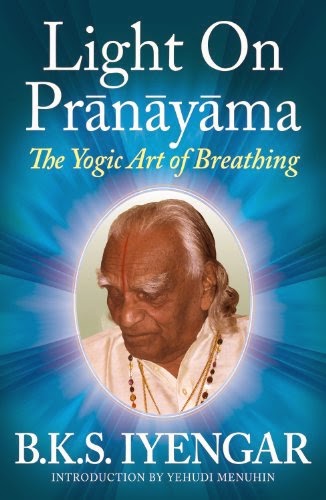 Yoga is union; union of the individual self with the universal Self; communion of the human soul with the Divinity within.

The root of the word yoga is yuj, meaning -- unite, yoke, extend, lengthen, regulate,constrain, and  concentrate.

The aim of Yoga is liberation from pleasure and pain and attainment of perennial peace and pure, unalloyed  joy.

Prana is the universal vital energy which permeates all beings. Vigour, power, vitality, life-breath, spirit are all forms of prana.

Pranayama is the conscious control of Prana through breath. Breath is made slower, smoother, deeper and rhythmic.

On a practical level, yoga is a means of balancing and harmonizing the body, mind and emotions. This is done through the practice of asana, pranayama, mudra, bandha, shatkarma and meditation. 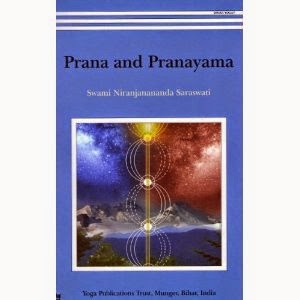 The third limb of yoga, asana [posture] brings steadiness, health and lightness of limb. A steady and pleasant posture produces mental equilibrium and prevents fickleness of mind. By practicing them one develops agility, balance, endurance and great vitality.

Asanas have been evolved to exercise every muscle, nerve and gland in the body. They keep the body free from disease. They reduce fatigue and soothe the nerves. But their real importance lies in the way they train and discipline the mind.

The practitioner frees himself from physical disabilities and mental distractions by practising asanas. He surrenders his actions and their fruits to the Lord in the service of the world.

He realises that his life and all its activities are part of the divine action in nature, manifesting and operating in the form of man. In the beating of his pulse and the rhythm of his respiration, he recognises the flow of the seasons and the throbbing of universal life.

In nature's heritage to man are the three characteristics (gunas), namely, illumination (sattva), action (rajas) and inertia (tamas). Set on the wheel of time, like a pot on the potter's wheel, man is moulded and remoulded in accordance with the predominating order of these three fundamental intermingling characteristics.

Man is endowed with mind (manas), intellect (buddhi) and ego (aharhkara ), collectively known as consciousness (chitta), which is a source of thinking, understanding and acting. As the wheel of life turns, consciousness experiences the five miseries of ignorance, selfishness, attachment, aversion and love of life. These in turn leave the chitta in five different states which may be dull, wavering, partially stable, one-pointed attention and controlled.

Patanjali evolved eight stages on the path of realisation. Chitta in a state of dullness is purified through yama, niyama and asana through which the mind is spurred to activity. Asana and Pranayama bring the wavering mind to a state of some stability. The disciplines of pranayama and Pratyahara make the chitta attentive and focus its energy. It is then restrained in this state by dhyana and samadhi.

Thus, Yoga leads the practitioner [sadhaka] from ignorance to knowledge, from darkness to light and from death to immonality.