Birds at their Best

Alderfun Sanctuary and the Athletic Chick

Here and there it is still vouchsafed us in England to see the greater birds dominate a whole landscape, as a Golden Eagle may in Scotland, or an Albatross in the Pacific. They assume a masterful importance. You cannot but watch them; and it is a pleasure to lie on a bank and direct your glass along the line of their passages from feeding ground to nest, or whither they will.

The Marsh Harrier can make a scenery like a great tree. A harrier’s nest in the marsh adds quality to the county’s partriotism. How eagle-like these great birds are! As one watched from afar the hen bird dip to her nest, Shelley’s great phrase fitted her not less than the Promethean Eagle: she too hovered a moment ‘in the light of her golden wings’. 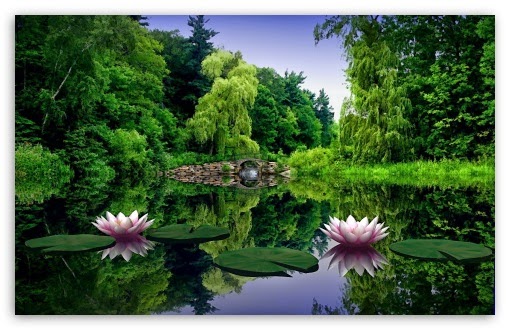 Alderfun possesses all that a sanctuary needs. Nature herself has placarded ‘No thoroughfare’. No navigable stream passes through it; nor does any road, other than a green, lead up to its cloisters. The open waters are white with water lilies, most singularly large in flower and broad in leaf. The islanded lake is ringed with alders and hedge plants, where the warblers flourish. The 'thick chattered cheeps' of the sledge warbler were as continuous as the wild cries of the gulls. Alderfun is one of the rare places where the black headed gulls nest. And the place is so congenial in its quiet that they have neglected their usual habits for its sake.

Athletic Prowess of a new-born Chick!

Black-headed gulls nest here like moorhens on little islands in the water. And the pairs are faithful to the same home year after year. The first nest I saw contained three eggs. Other eggs had just hatched. One of the chicks, when I first saw it, swam to a lily leaf, with the ambition to mount it, scratching at the edge like a dog up a bank. The leaf was not a quarter-inch above the water, but that was a great height, needing no little determination and athletic prowess to surmount. After many failures — and “what are our failures here, but a triumph’s evidence!” – the feat was accomplished, and the callow chick stood proudly erect on the very middle of the lily-raft, which gave no evidence at all of the extra weight.

Such little scenes have the power to impart a pleasure which abides for years. The harrier over the marsh and the gull on the lily raft belonged to the same rich day.

“what are our failures here, but a triumph’s evidence!” –  the allusion  is to Robert Browning's Abt Vogler, stanza 11

Strange Antic of a mother Swallow in flight!

Another picture, not less impressive, was harvested that same month in a more private sanctuary. A brook divides it, flowing under the dark roof of a spacious sycamore, and half under a number of red-barked willows with narrow leaves as silvery as the little fish below them.
It is a haunt on summer eves of midget and gnat and of many strange flies that emerge from the waters. The repetitions of rings on the water, wide-spaced but almost continuous, suggest the opening of a summer shower. But the fish, mostly silver dace, are the only cause; they collect in shoals to the shade of the sycamore, for it is their richest feeding-ground. The swallows assembled for much the same reason as the fish: they too had an evening rise.

In the hours after sunset, when the air seems to hold the glow of the sun just as it holds its warmth, the swallows, whose form of rest is endless movement, left the field for the brown stream. The passage of flight so dwells on the eye you could half-believe its lines remained in a dim tracery in the air itself. You could look down on their blue wings and backs as they flew under the little bridge till, half mesmerized by looking, you saw the surface of the water through a film of flight patterns. 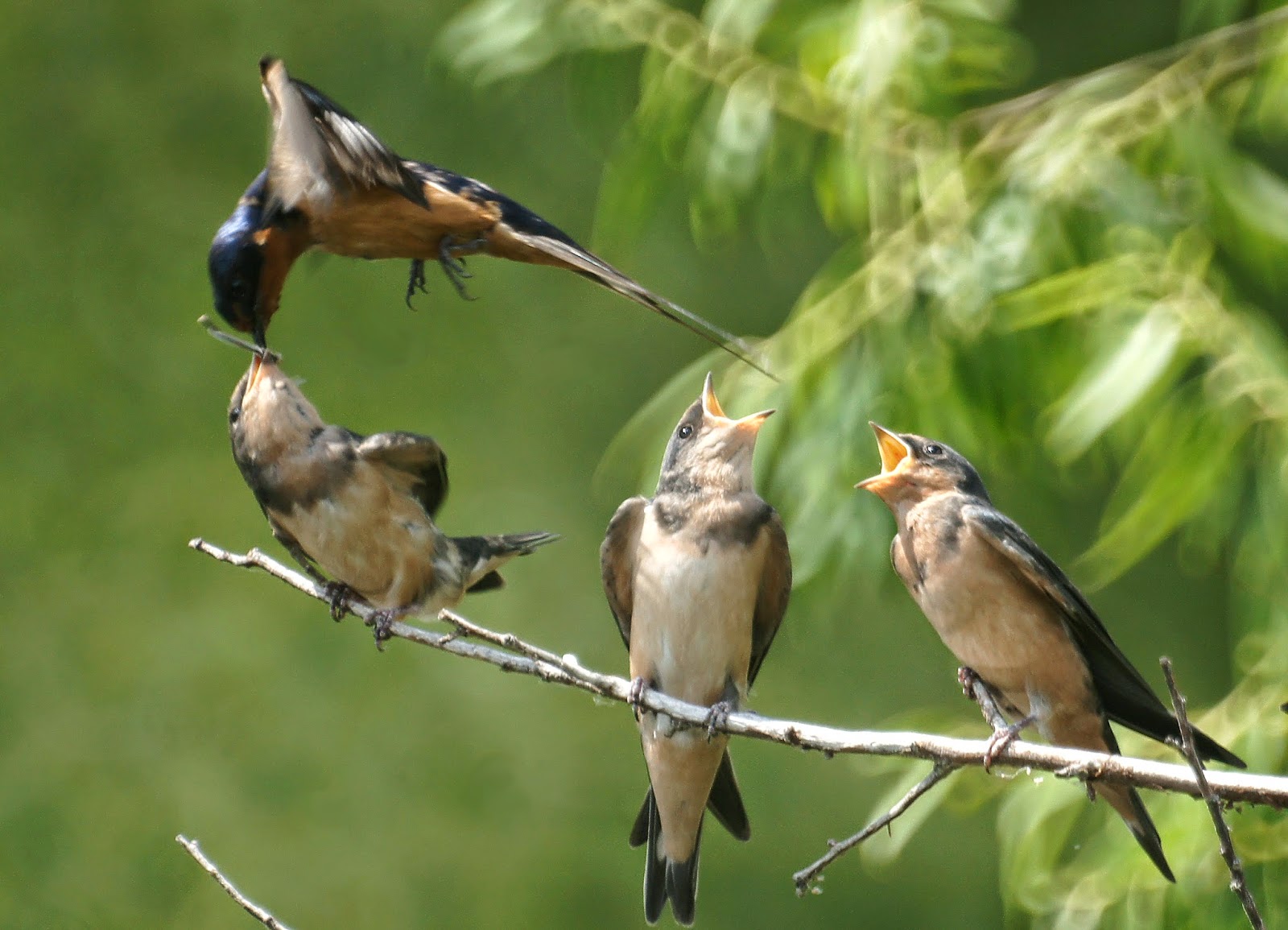 Looking upwards from such a scene one odorous evening of late June, we saw one of the swallows play a strange antic. She rose from near the water-level from as sharp an angle as a tree-pipet or a ring dove practicing its spring song or flight, fluttered for a brief second opposite the twig of a willow, and without further delay vanished into the thin darkening air.

It happened that a moment earlier this same willow-twig, rather barer than its neighbours and more directly horizontal, had caught our attention. In lieu of leaves, it was decorated with five young swallows, four of them rubbing shoulders, and the fifth, rather larger and more fully coloured than the rest, perched  at the remove of an inch or so.

The old church clock had struck nine some while ago, and the light even beyond the shade of the sycamore was vague and dim. Exactly how the mother in that momentary flutter and check managed to pass the food to the young it was not easy to determine; but we could see that at each return, after two or three minutes’ hunting, she fed a different babe.

The babes were delicately poised on a slight and swaying twig, but took the food without the flutter of a wing, or any further movement than the opening of the beak. Nor was there any of the clamouring one sees among young in the nest.

This feeding ceased about half-past nine, and the young seemed to shrink in size as their heads sank into their shoulders, and they fell fast enough asleep, to allow you to go and see them at the closest quarters. They seemed as secure on their precarious perch as if they had grown there, like the native leaves of the tree.

Next dawn the birds went from the dark ‘into the world of light’.     William Beach Thomas