John Wyndham Parkes Lucas Beynon Harris [1903 –1969] was an English science fiction writer who usually used the pen name John Wyndham. Many of his works were set in post-apocalyptic landscapes.

Post-apocalyptic fiction is a subgenre of science fiction in which the Earth's technological civilization has collapsed. The apocalypse event may be climatic, such as runaway climate change; or man-made, such as nuclear warfare; or medical, such as a plague or virus.

The story may involve attempts to prevent an apocalypse event, deal with the impact and consequences of the event itself, or it may be post-apocalyptic, set after the event, taking place in a non-technological future world.

What follows is one of his best short stories --

...There was plenty of time. Enough to take the field-path way to school, and not to hurry over it. The sun was climbing, a medallion pinned on a deepening blue cloak.The day was fresh, with a touch like a cool, white-fingered hand. Refractile gems still trembled on the leaves and stalks.

A thrush sang in the spinney beyond the hedge. Felicity Fray paused to listen. Unguent, sweet notes. She walked on, becoming aware again of the silk-fringed zephyrs on her cheeks, the sun on her arms, the dew on her feet.

As Felicity opened the door, the hive-murmur beyond sank into silence. The rows of pink-cheeked faces were all turned towards her. The bright eyes were all fixed on her face.

"Good Morning, Miss Fray," they all said, in unison, and silence fell as completely as before. She could feel the suppressed expectation in the air as they watched her. Her glance went round the familiar room till it reached her desk. There it stopped, where a small glass vase held a single flower.

It was something she had never seen before. There was just a suggestion of orchis about it, perhaps, but it was no kind of orchis she had ever seen, alive or pictured. She caught the scent of it. A little sweetness, a little sharpness, a little earthiness, blended with a subtlety to make a perfumer's art vulgar and banal.

She breathed in the scent again, and looked into the flower hypnotized, unable to take her eyes from it, loving it in its brave delicacy with a sweet, longing compassion. She had forgotten the room, the eyes that watched her, everything but the flower itself.

"Thank you. It's a beautiful flower. Who brought it?" A small, golden-headed child in the middle of the second row pinked a little. "I did, Miss Fray." "I thought it was pretty, and I thought you would like it." Felicity looked back to the flower again. "I do like it, Marrielle.  It's lovely. It was very kind of you to think of bringing it for me."

"One day, I'll read you some William Blake -- 'To see a World in a Grain of Sand, And a Heaven in a Wild Flower...' But now we must get on. I want you to copy out what I write on the board, in your best handwriting; and she wrote: "Their colours and forms were then to me an appetitie; a feeling and a love.."

"Where was the flower found?" asked Fray. "In the very top corner of the big field where the aeroplane crashed," said the child.

"Where the aeroplane crashed." That had been almost a year ago--on a summer's evening when all the world was quietening and settling down for the night. Then the aeroplane appeared as a silver-moth up in the sky. She watched it turn; then suddenly, amid the silver there had been a flash of rose-red fire, and the silver moth ceased to exist. Pieces of glittering foil were spreading apart and falling. Then came the crash and the shrieking of metal.

Felicity saw the silver body less than a hundred yards away, and in that moment petals of flame blossomed round it. Something blew up; bits of metal whirred like pheasants over her, and plopped around. The wreck was a cone of flame with black smoke above.

"Oh God," she prayed, "won't You stop them? It isn't their world to do as they like with. It's Your world that they are destroying. Please, God, while there is still time -- You destroyed their presumption at Babel, won't You do it again, before it''s too late?" Felicity remembered the prayer as she sat at her desk, looking at the beautiful flower.

They had put a fence round the place where the aeroplane had crashed, as a mark to indicate the piece of ground that was not to be ploughed. The ground had been left free to grow what it would. And out of the noise, destruction, the fire, the deadly radiations had sprung the lovely flower.

Felicity asked Marielle to come with her on Saturday and show her where the flowers grew. ...Felicity looked up at the ground. There were five or six small clumps of the flowers growing in the weeds. Felicity and Marielle gathered little bunches.  They still looked delicately beautiful and still had their poignant scent.

At the stile Marielle stopped and stood looking sadly at her little bunch. "They're so lovely," she said mournfully, with tears in her eyes. Felicity put her arms round her. "They're very lovely -- and they've gone. But the important thing is they came. That's the wonderful thing. There'll be some more -- some day -- somewhere..." 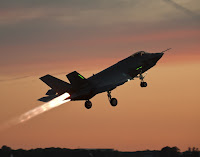 A jet came shrieking suddenly, close over the hill-top. Marielle put her hands over her ears. Felicity stood watching the machine shrink among the scream and rumble of protesting air. She held up her little posy of flowers to the blast.

"This is your answer," she said. "This. You bullies, with your vast clubs of smoke -- this is greater than all of you." "I hate them -- I hate them," said Marielle, her eyes on the vanishing speck. "I hate them, too," agreed Felicity. "But now I'm not afraid of them any more. I have found a remedy, an elixer:

"It is a wine of virtuous powers;
My mother made it of wild flowers." 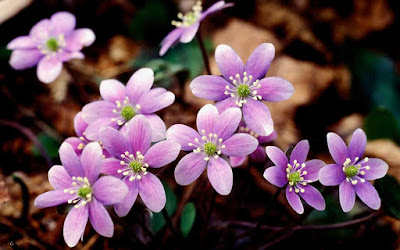