Loren Corey Eiseley [1907-1977] was an American anthropologist, educator, philosopher and natural science writer. Eiseley’s worldwide reputation was established mainly through his books such as The Immense Journey [1957], The Firmament of Time [1960], The Unexpected Universe [1969], and All the Strange Hours [1975].
Referred to as "the  modern Thoreau," he was a scientist who could "write with poetic sensibility and with a fine sense of wonder and of reverence before the mysteries of life and nature.  "An astonishing breadth of knowledge, infinite capacity for wonder and compassionate interest for everyone and everything in the universe."

In Loren Eiserley's original story, the star thrower is not a boy but a weather beaten man and the visitor who encounters him is the writer, Eiserley, himself. Presented below is a summary of "The Star Thrower", in Eiseley's own words: 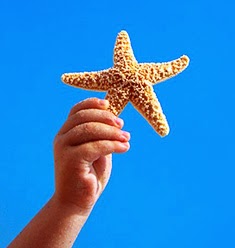 The beaches of Costabel are littered with the debris of life. Along the strip of wet sand that marks the ebbing and flowing of the tide, death walks hugely and in many forms. Even the torn fragments of green sponge yield bits of scrambling life striving to return to the great mother that has nourished and protected them. In the end the sea rejects its offspring. They cannot fight their way home through the surf which casts them repeatedly back upon the shore. The rising sun shrivels the sticky bodies of the unprotected. The sea beach and its endless war are soundless.

One can see in the hour before dawn on the ebb tide, electric torches bobbing like fireflies along the beach. After a storm one can see the professional shellers hurrying along with bundles of gathered starfish, clutching bags of living shells. Following one such episode I met the star thrower. As soon as the ebb was flowing, I arose and proceeded on my morning walk up the shore. Now and then a stooping figure moved in the gloom or a rain squall swept past me with light pattering steps. There was a faint sense of coming light somewhere behind me in the east.

Soon, the sun behind me was pressing upward at the horizon's rim -- an ominous red glare amidst the tumbling blackness of the clouds. Ahead of me, over the projecting point, a gigantic rainbow of incredible perfection had sprung shimmering into existence. Somewhere toward its foot I discerned a human figure standing. He was gazing fixedly at something in the sand.

Eventually he stooped and flung the object beyond the breaking surf. I labored toward him over half a mile of uncertain footing. By the time I reached him the rainbow had receded ahead of us, but something of its color still ran hastily in many changing lights across his features. He was starting to kneel again.

In a pool of sand and silt a starfish had thrust its arms up stiffly and was holding its body away from the stifling mud. "It's still alive," I ventured. "Yes," he said, and with a quick yet gentle movement he picked up the star and spun it over my head and far out into the sea. It sank in a burst of spume, and the waters roared once more.

"It may live," he said, "if the offshore pull is strong enough." He spoke gently, and across his bronzed worn face the light still came and went in subtly altering colors.

"There are not many come this far," I said, groping in a sudden embarrassment for words. "Do you collect?"

"Only like this," he said softly, gesturing amidst the wreckage of the shore. "And only for the living." He stooped again, oblivious of my curiosity, and skipped another star neatly across the water. "The stars," he said, "throw well. One can help them." He looked full at me with a faint question kindling in his eyes, which seemed to take on the far depths of the sea.

"I do not collect," I said uncomfortably, the wind beating at my garments. "Neither the living nor the dead. I gave it up a long time ago. Death is the only successful collector." I nodded and walked away, leaving him there upon the dune with the great rainbow ranging up the sky behind him.

I turned as I neared a bend in the coast and saw him toss another star, skimming it skillfully far out over the ravening and tumultuous water. For a moment, in the changing light, the sower appeared magnified, as though casting larger stars upon some greater sea. He had, at any rate, the posture of a god. He is a man, I considered sharply, bringing my thought to rest.

Silently I sought and picked up a still-living star, spinning it far out into the waves.  I spoke once briefly. "I understand," I said. "Call me another thrower." Only then did I allow myself to think, he is not alone any longer. After us there will be others.


To read the full 16-page story of "The Star Thrower" in four parts, click here
or on the picture below 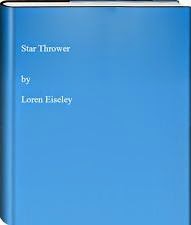 Further References on "The Star Thrower: 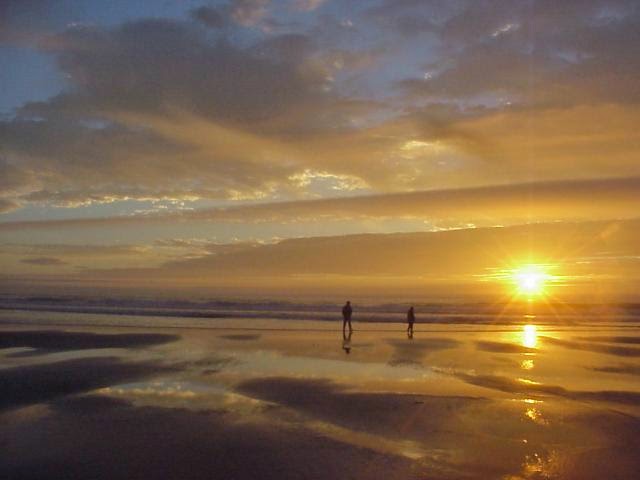