[In John Galsworthy, we have a fusion of an outstanding social philosopher, discerning critic, worshipper of truth and beauty, novelist and dramist, man and poet. The main charm of his art lies in the constant blending of these spirits we perceive in him.

"Ultima Thule" is the story of a little old friend. I used to see him, accompanied by a very small girl. One would see them silent before a shrub or flower, or stretched on their backs watching the sky. Often they would stand holding crumbs out to the birds, who would perch about them. They were admittedly a noticeable couple.

His costume did not indicate any great share of prosperity. But it was his face that riveted attention. Thin, cherry-red, and wind-dried as old wood, it had a special sort of brightness, with waves of silvery hair, and blue eyes that seemed to shine. Standing by the rails of an enclosure, with his lips pursed and his cheeks drawn in, he would emit the most enticing trills and pipings, exactly imitating various birds.

One day, I saw him coming along alone, looking sad, but still with that queer brightness about him. Presently I caught the words: "God cannot be like us."  On an impulse, I said: ''Why?" He turned without surprise. "I've lost my landlady's little girl," be said. "Dead ! And only seven years old."

"That little thing! I used to watch you." "Did you? Did you? I'm glad you saw her." "I used to see you looking at flowers, and trees, and those ducks." His face brightened wistfully. "Yes; she was a great companion to an old man like me." "We were great friends ! But I couldn't expect it. Things don't last, do they?" I was glad to notice that his voice was getting cheerful.

"When I was in the orchestra at the Harmony Theatre, it never used to occur to me that some day I shouldn't play there any more. One felt like a bird. That's the beauty of music, sir. You· lose yourself; like that blackbird there." He imitated the note of a blackbird so perfectly that I could have swom the bird started.

"Birds and flowers ! Wonderful things; wonderful I Why, even a buttercup- !" He pointed at one of those little golden flowers with his toe. "Did you ever see such a marvellous thing?"

"Delighted," he said; "delighted. I make friends of the creatures and flowers as much as possible, but they can't always make us understand."

Next time I came across him standing by the rails of an enclosure, and, in his arms, an old and really wretched-looking cat. "I don't like boys," he said, without preliminary of any sort. "What do you think they were doing to this poor old cat? Dragging it along by a string to drown it; see where it's cut into the fur ! I think boys despise the old and weak! "

He held it out to me. At the ends of those little sticks of arms the beast looked more dead than alive; I had never seen a more miserable creature. "I think a cat," he said, "is one of the most marvellous things in the world. Such a depth of life in it."

And, as he spoke, the cat opened its mouth as if protesting at that assertion. It was the sorriest-looking beast. "What are you going to do with it?" "Take it home; it looks to me as if it might die." "You don't think that might be more merciful?"

"It depends; it depends. I shall see. I fancy a little kindness might do a great deal for it. It's got plenty of spirit. I can see from its eye."

"You'll find this'll be quite a different cat tomorrow," he said. "I shall have to get in, though, without my landlady seeing; a funny woman I I have two or three strays already." The old friend's room, was fairly large and bare. A large bird-cage on the wall hung wide open. The place smelt a little of beasts and birds.

Besides the new cat, there were three other cats and four birds, all - save one, a bullfinch - invalids. The cats kept close to the walls, avoiding me, but wherever my little old friend went, they followed him with their eyes. The birds were in the cage, except the bullfinch, which had perched on his shoulder.

Till their legs or wings are mended, they hardly come out of the cage. But they don't stay long, you know, when they're once well." "And then they'll go?" "Yes. The sparrow first, and then the two thrushes.'' "And were all those cats, too, in trouble?" "Yes," he said. "They wouldn't want me if they weren't."

It seemed time to go. "Delighted to see you, sir," he said, "any day." And, pointing up at the bullfinch on his bead, he added: "Did you ever see anything so wonderful as that bird? The size of its heart I Really marvellous!''

After that I saw him often, going with him sometimes to buy food for his cats, which seemed ever to increase in numbers. His talk was always of his strays, and the marvels of creation, and that time of his life when he played the flute at the Harmony Theatre. He had been out of a job, it seemed, for more than ten years; and, when questioned, only sighed and answered: "Don't talk about it, please ! " He struggled on from week to week, getting out and collecting strays, and discovering the marvels of creation, and finding her a funny woman.

One July afternoon, he had been taken dangerously ill. "There he is," she said; "can't touch a thing. It's my belief he's done for himself, giving his food away all these years to those cats of his. "What does the doctor say?" "Double pneumonia - caught it getting his feet wet, after some stray, I'll be bound. I'm nursing him. There has to be some one with him all the time." He was lying very still when I went up, with the sunlight falling across the foot of his bed, and, sure enough, the bullfinch perching on his pillow. In that high fever he looked brighter than ever.

"Mr. Jackson! He'll be here soon. Mr. Jackson I He'll do it for me. I can ask him, if I die. A funny woman. I don't want to eat; I'm not a great eater - I want my breath, that's all." At sound of his voice the bullfinch fluttered off the pillow and flew round and round the room, as if alarmed at something new in the tones that were coming from its master.

"I think I'm going to die," he said; "I'm very weak. It's lucky, there's nobody to mind. If only he'd come soon. I wish"- and he raised himself with feeble excitement - I want him to promise me to take them, and bully-boy, and feed them with my money, when I'm dead." Presently there came the sound of a motor-car in the little street below. "Here he ·is," she whispered. "Mr. Jackson?" "The same. How is the little old chap?"

I described the situation. "He seems to think," I ended, "that you'll be kind enough to charge yourself with his strays, in case he should die." "H'm! Stray cats, you say, and a bird! Well, there's no accounting. He was always a cracky little chap. So that's it !  We pay him his five quid a quarter regular to this day. He deserved it. Thirty years he was at our shop; never missed a night. First-rate flute he was. He ought never to have given it up, though I always thought it showed a bit of heart in him.

"We were having a rocky time at the Harmony; had to cut down everything we could - music, well, that came about first. So I went to him and said: 'Mr Moronelli, Which of these other boys had better go?' 'Oh !' he said - ­'has one of them to go, Mr. Jackson? Timminsa - he's a wife and family; and Smith - he's only a boy. Next day I had his resignation. All he'd say was: 'I shall get a place all right ! ' He never did. I heard by accident he was on the rocks; that's how I make him that allowance.

"Cats ! Why not? I'll take his old cats on; don't you let him worry about that. I'll see to his bird, too. If I can't give 'em a better time than ever they have here, it'll be funny I" And, looking round the little empty room, he again uttered that profound chuckle: "Why, he was with us at the Harmony thirty years - that's time, you know; I made my fortune in it."

Next day at six o'clock I knew that he was gone. He lay, covered with a sheet, in the darkened room. His face, as white now almost as his silvery head, had in the sunlight a radiance like that of a small, bright angel gone to sleep. No growth of hair, such as comes on most dead faces, showed on those frail cheeks that were now smooth and lineless as porcelain. And on the sheet. above his chest the bullfinch sat, looking into his face.

A wire was sent to Mr. Jackson, and on the day of the funeral I went down to 'UItima Thule,' Wimbledon, to see if he had earned out his promise. He had. In the grounds, past the vinery, an outhouse had been cleaned and sanded, with cushions placed at intervals against the wall, and a little trough of milk. Nothing could have been more suitable or luxurious.

"How's that?" he said. "I've done it thoroughly." "The only thing," he said, "is the cats. First night they seemed all right; and the second, there were three of 'em left. But to-day the gardener tells me there's not the ghost of one anywhere. It's not for want of feeding. They've had tripe, and liver, and milk-as much as ever they liked. I must say it's a bit of a disappointment to me."

Mr. Jackson led me back to the house. A gilt bird-cage was hanging there, replete with every luxury the heart of bird could want. "Is that for the bullfinch?" I asked him. "Oh!" he said; "didn't you know? The little beggar wouldn't let himself be caught, and the second morning, when they went up, there he lay on the old chap's body, dead. I thought it was very touchin'. I thought 'Ultima Thule' would have done him well ! "

''Do you mind telling me why you called your house ‘Ultima Thule' ?"  "First-rate. The whole place is the last word in comfort. A man must have a warm corner to end his days in. ‘Ultima Thule,' as you say." And with that word in my ears, and in my eyes a vision of the little old fellow in his 'Ultima Thule,' I travelled back to town. 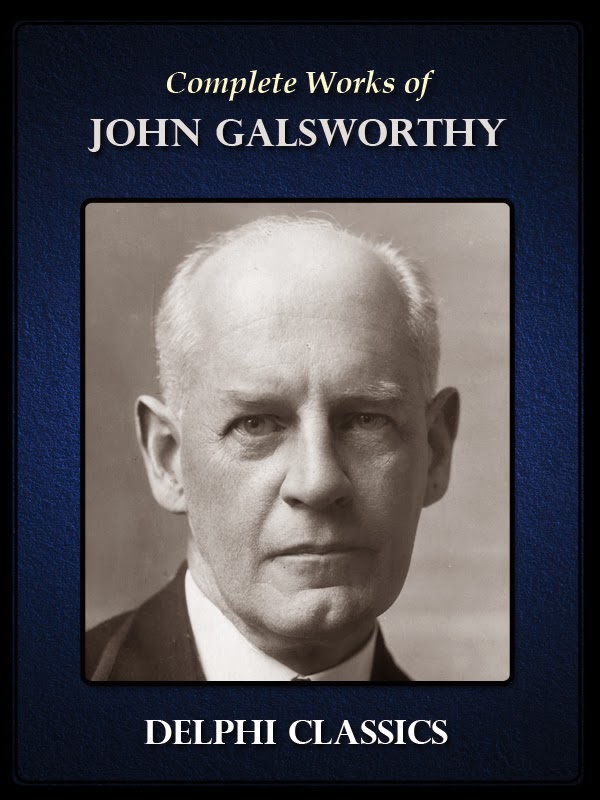